Real gross domestic product (GDP) increased at an annual rate of 6.9 percent in the fourth quarter of 2021, according to the “advance” estimate released by the Bureau of Economic Analysis. In the third quarter, real GDP increased 2.3 percent. The increase in real GDP primarily reflected increases in private inventory investment, exports, personal consumption expenditures (PCE), and nonresidential fixed investment that were partly offset by decreases in both federal and state and local government spending. Imports, which are a subtraction in the calculation of GDP, increased.

Pending home sales fell 3.8 percent in December, denoting two straight months of declines, and were down 6.9 percent year-on-year.  All four major U.S. regions posted both month-over-month and year-over-year drops in contract activity. Existing-home sales are expected to decline by 2.8% in 2022, and home prices are expected to move higher by 5.1% due to the ongoing housing shortage, even as builders ramp up production. 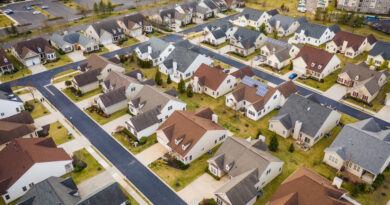 What’s Next for the U.S. Housing Bubble?