Consumer sentiment rose to 100.9 in early February to nearly match the expansion peak of 101.4, set two years ago in March 2018. The Expectations Index, the main gauge of future economic conditions, rose to 92.6, also its second highest level in this long expansion.

Industrial production declined 0.3 percent in January, as unseasonably warm weather held down the output of utilities and as a major manufacturer significantly slowed production of civilian aircraft. At 109.2 percent of its 2012 average, total industrial production was 0.8 percent lower in January than it was a year earlier. Capacity utilization for the industrial sector fell 0.3 percentage point in January to 76.8 percent, a rate that is 3.0 percentage points below its long-run (1972–2019) average. 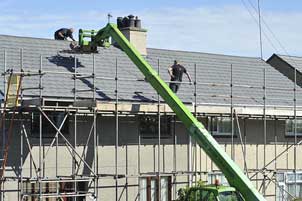