In addition to these links below, P. Duffy also curates more comprehensive, daily and weekly summaries of national and global economic news updates.
Sign up for a free trial, and he’ll send you the latest issue. Use code BB2021 to save 50% for an upgrade to EconUpdate+ after the trial period ends!

Construction spending during January 2021 was estimated at a seasonally adjusted annual rate of $1,521.5 billion, a record high for this series dating back to 1993, and up 1.7 percent from December and 5.8 percent above January 2020.

The February Manufacturing PMI® registered 60.8 percent, an increase of 2.1 percentage points from the January reading of 58.7 percent. This figure indicates expansion in the overall economy for the ninth month in a row after contraction in March, April, and May. Issues with absenteeism, short-term shutdowns to sanitize facilities, and difficulties in hiring workers remain challenges and continue to cause strains that limit manufacturing-growth potential.

Both January personal income and savings surge due to stimulus payments 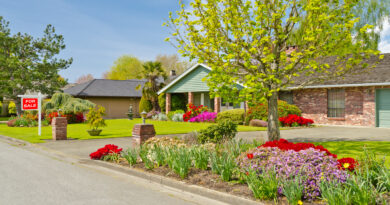 Reasons to Prioritize Marketing (Even When Demand Is High)