May construction spending dips 2.1 percent from April but up 0.3 percent year-on-year

Construction spending during May 2020 was estimated at a seasonally adjusted annual rate of $1,356.4 billion, down 2.1 percent from April but up 0.3 percent year-on-year. During the first five months of this year, construction spending amounted to $543.2 billion, up 5.7 percent for the same period of 2019.

Private-sector employment increased by 2.369 million in June, on a seasonally adjusted basis.  This compares with a gain of 3.065 million jobs in May in 165,000 jobs in June 2019.  So far in May and June, 28 percent of the jobs lost in April have been regained.  We’ll get a fuller sense of the jobs picture on Friday, when the BLS releases their numbers for June.

The June Purchasing Manager Index (PMI®) registered 52.6 percent, up 9.5 percentage points from the May reading of 43.1 percent. This figure indicates expansion in the overall economy for the second straight month after April’s contraction, which ended a period of 131 consecutive months of growth.  Comments from the panel were positive (1.3 positive comments for every one cautious comment), reversing the cautious trend which began in March.

Consumer confidence partially rebounded 12.2 points in June to 98.1, but remains well below pre-pandemic levels.  The re-opening of the economy and relative improvement in unemployment claims helped improve consumers’ assessment of current conditions, but the Present Situation Index suggests that economic conditions remain weak. Faced with an uncertain and uneven path to recovery, and a potential COVID-19 resurgence, it’s too soon to say that consumers have turned the corner and are ready to begin spending at pre-pandemic levels. 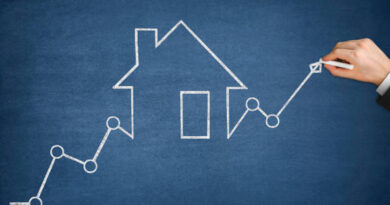