Retail sales up 0.3 percent in August and 9.1 percent year-on-year

Advance estimates of U.S. retail and food services sales for August 2022, adjusted for seasonal variation and holiday and trading-day differences, but not for price changes, were $683.3 billion, an increase of 0.3 percent from the previous month, and 9.1 percent above August 2021. For the same time periods, the CPI rose 0.1 and 8.3 percent, yielding increases in spending above inflation of 0.2 and 0.8 percent, respectively.

Industrial production slumps 0.2 percent in August but up 3.7 percent year-on-year

Industrial production decreased 0.2 percent in August. Manufacturing output edged up 0.1 percent after increasing 0.6 percent in July. The index for mining was unchanged, and the index for utilities decreased 2.3 percent. At 104.5 percent of its 2017 average, total industrial production in August was 3.7 percent above its year-earlier level. Capacity utilization declined 0.2 percentage point in August to 80.0 percent, a rate that is 0.4 percentage point above its long-run (1972–2021) average.

Lot values for single-family detached housing starts in 2021 increased across the nation, with the national value and six out of nine Census division values setting new records. U.S. median lot price now stands at $55,000, according to NAHB’s analysis of the Census Bureau’s Survey of Construction (SOC) data. When adjusted for inflation, lot values are now close to the record levels of the housing boom of 2005-2006 when half of lots were valued over $43,000, which is equivalent to about $57,800 when converted into inflation-adjusted 2021 dollars. At the same time, home building shifted towards smaller lots, resulting in record high prices per acre. 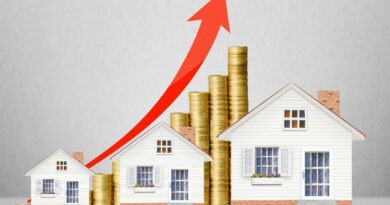