This seems to be an odd time for the U.S. economy, which has remained somewhat sluggish since the beginning of the year.  This compares to a rise of nearly eight percent in the S&P 500 since January 1st and a seller’s market for housing in which there simply isn’t enough inventory to satiate several years of pent-up demand.  Meanwhile, both business and consumer confidence – which have been at record levels lately due to promised changes in our byzantine tax code and reductions in business regulations – are starting to slightly wane due to a political system still mostly stuck in neutral.

GDP growth, which averaged just 1.6 percent in 2016 — the lowest since 2011 – fell further to an initial estimate of 0.7 percent during the first quarter of 2017, due largely to consumers, businesses and state and local governments tightening their spending.  However, not only is it likely that this estimate will rise with the second and third iterations, but, as of mid-May, analysts are forecasting growth in the second quarter at 3.6 percent as investments in fixed assets rebound. Moreover, the Federal Reserve’s Beige Book showed residential construction growth accelerating through the end of March as non-residential construction remained strong.

Job growth, which rebounded by 211,000 in April, started out very strong in January and February – ranging from 216,000 to 232,000 — before dipping sharply to just 79,000 in March.  However, given April’s official unemployment rate dipping to 4.4 percent – a 10-year low – March’s performance is widely being viewed as a temporary dip due to poor mid-month weather, fewer construction jobs being added, and a dip in retail employment as that sector continues to battle against online competitors.

In terms of inflation, while the Consumer Price Index (less food and energy) dipped 0.1 percent in March, it has still risen by 2.0 percent over the past year, or even with the target set by the Federal Reserve. The Producer Price Index reported similar trends, dipping 0.1 percent in March but up 2.3 percent over the past 12 months. Not surprisingly, due to this somewhat murky collection of jobs and inflation data, in its most recent May meeting the Fed delayed raising interest rates until the labor market has stabilized further and inflation needs some more taming.

If there is one area that is not murky, it is confidence. The University of Michigan’s Consumer Sentiment Survey has been on a high plateau since President Trump’s election, settling at around 97 in March and April. Nonetheless, a new trend in the survey has revealed stark differences based on political beliefs, with optimists in one corner and pessimists in the other, especially in terms of expectations for household incomes, inflation, and unemployment. These partisan extremes can in turn cause instability and impact consumer spending.

Looking specifically at the building industry, builder confidence has remained at well over 60 since last September, and has averaged 68 since the beginning of 2017. In tandem with this confidence, construction spending rose for five straight months before slipping 0.2 percent in March. Although housing starts dipped 6.8 percent in March, they were still up over nine percent year-on-year. And, while March building permits rose a moderate 3.6 percent from February, they’re up by a robust 17 percent over the past year.

Similarly, sales of new single-family homes rose by 5.8 percent in March to an annual rate of 621,000 units, or a year-on-year increase of nearly 16 percent. Median new home sales prices rose 1.2 percent year-on-year to $315,000, but are still down from last year’s peak of $332,700 in December. At current sales rates, existing inventory would take 5.2 months to sell versus 5.5 months a year ago.

For existing homes, sales rose 4.4 percent in March to an annual rate of 5.7 million, which is also up nearly six percent from a year ago and marked the strongest month of sales since February of 2007. Median existing home prices rose close to seven percent year-on-year to $236,400, for the 61st consecutive month of year-over-year increases. Although September inventory rose moderately to over 1.8 million homes to a still-brief timeline of just 3.8 months, it has fallen year-over-year for 22 consecutive months.

Looking ahead to 2017 versus 2016, the NAHB is projecting annual single-family starts to rise by 9.0 percent and multi-family starts to decline by 1.6 percent. In addition, look for a rise of 12.1 percent for new single-family homes to 626,000, and existing homes sales to increase 3.2 percent to 4.98 million. 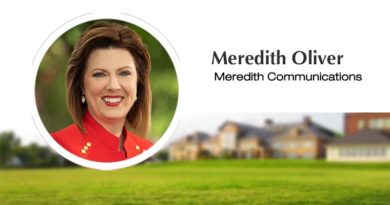 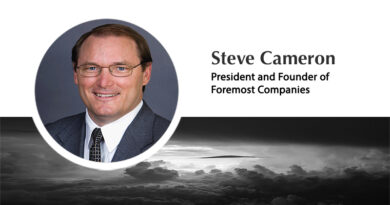