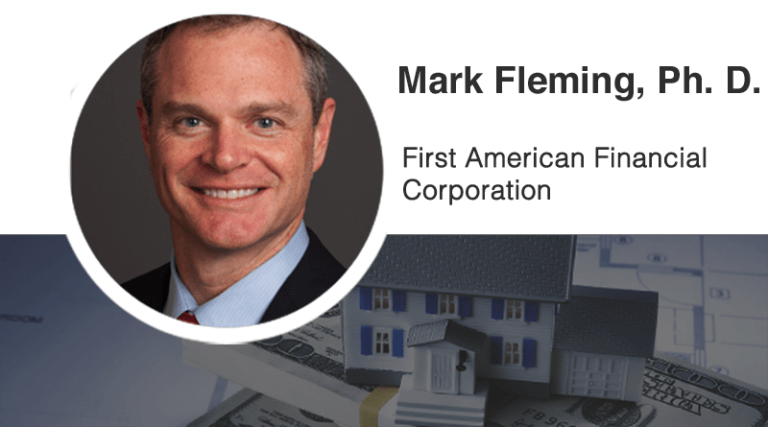 The purchasing power of the consumer ultimately determines the difference

“The true cost of housing reflects a consumer’s purchasing power, which is a function of mortgage rates and incomes, and in June, those measures tipped the scale in favor of affordability.”
– Mark Fleming, Chief Economist, First American Financial

The third component of the RHPI, nominal house prices, experienced a year-over-year increase of 7.0 percent in June. Increases in nominal house prices make housing less affordable. Yet, the RHPI experienced a 4.6 percent decline compared with one year ago. The reason? The true cost of housing reflects a consumers’ purchasing power, which is a function of mortgage rates and incomes, and in June, those measures tipped the scale in favor of affordability. 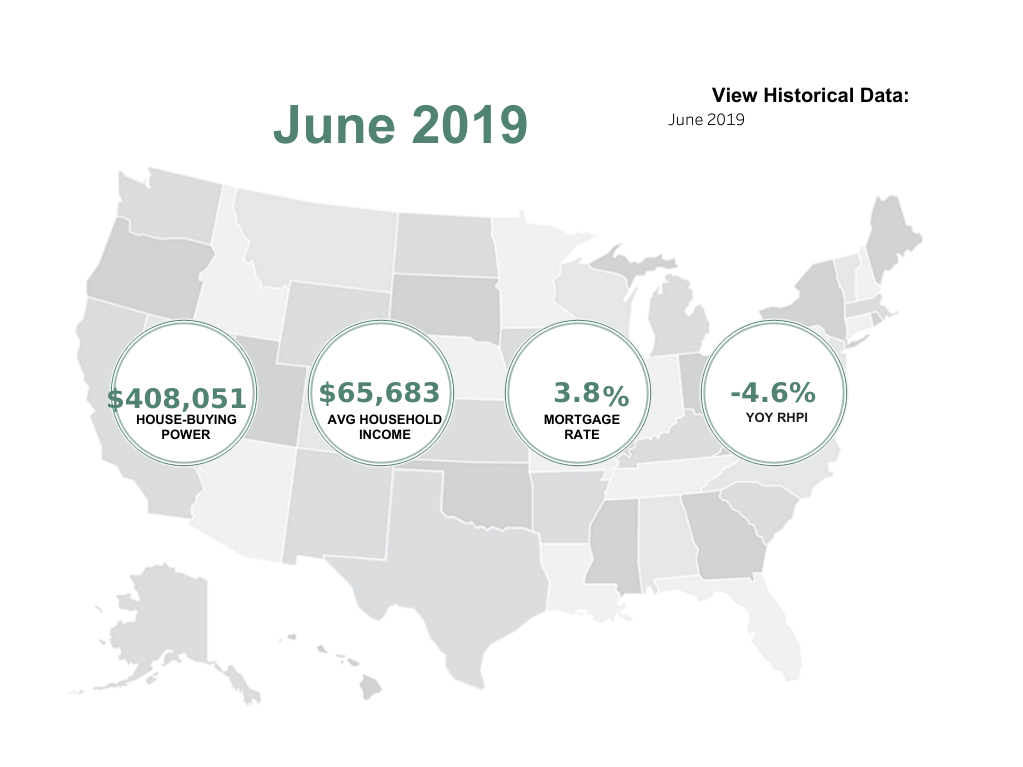 Breaking Down the Forces Shaping Affordability

The continual “tug-of-war” between house-buying power and nominal house prices, ultimately determines the fate of real house prices. We’ve examined each of the driving forces shaping affordability today below:

• Household Income: Currently, the unemployment rate in the U.S. is at a 50-year low, jobs are plentiful, and wages are rising. In June, average hourly earnings increased 3.3 percent compared with one year ago, which translates to a 2.4 percent increase in household income. Since June 2018, household income growth increased consumer house-buying power by $8,600.

• Mortgage rates: The 30-year, fixed-rate mortgage began declining in December 2018, and has continued to fall since. Cheaper mortgages boost the housing market by improving affordability. Since June 2018, falling mortgages rates have increased consumer house-buying power by $35,000.

• Nominal House Prices: Rising house-buying power due to lower mortgage rates and strong income growth boosts affordability and supports demand. However, when demand increases for a scarce good, such as housing, prices will rise faster. Indeed, as predicted, nominal house price appreciation began to accelerate in April 2019, and has continued since. Faster house price appreciation works to reduce affordability.

The net effect of these dynamics? Consumer house-buying increased by $44,000 (12.2 percent) in June compared with one year ago, more than enough to overcome the 7 percent increase of nominal house price appreciation. In fact, house-buying power is the highest it’s been since we began tracking it in 1991.

Traditional house prices focus on the actual prices, but they overlook what matters most to potential buyers – their purchasing power, or how much they can afford to buy. Rising nominal house prices alone may convince potential buyers that housing is not as affordable in June 2019 as it was one year ago. However, when you consider the rise in incomes and the lower mortgage rates, housing nationally is 4.6 percent more affordable than one year ago.

Of course, if purchasing power continues to rise and drive greater demand, we can expect nominal house price appreciation to increase, leaving the future of affordability unclear. 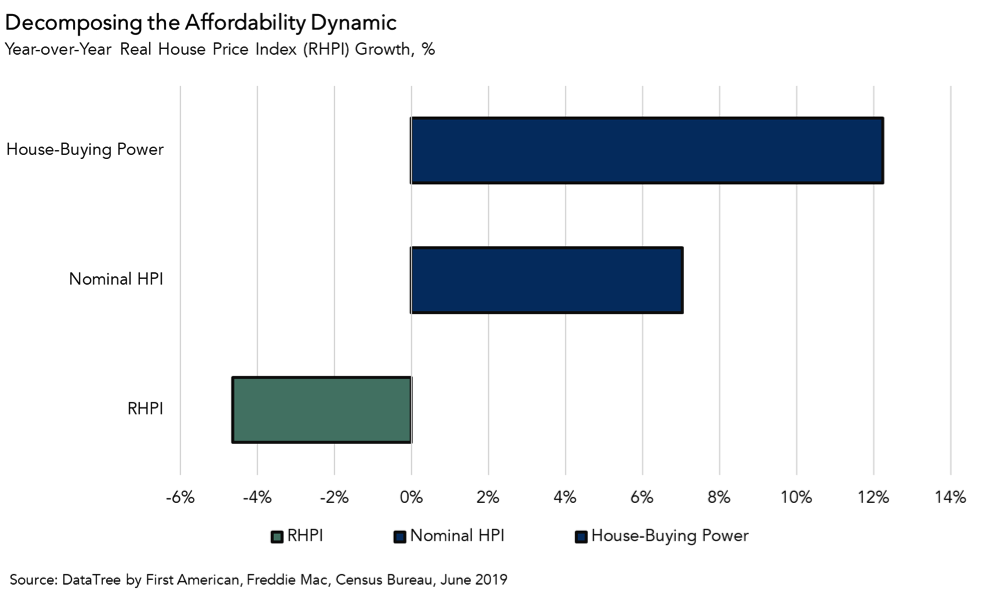 • Consumer house-buying power, how much one can buy based on changes in income and interest rates, increased 3.3 percent between May 2019 and June 2019, and increased 12.2 percent year over year.

• There were no states with a year-over-year increase in the RHPI.

• Among the Core Based Statistical Areas (CBSAs) tracked by First American, the only market with a year-over-year increase in the RHPI is: Providence, R.I. (+1.3 percent). 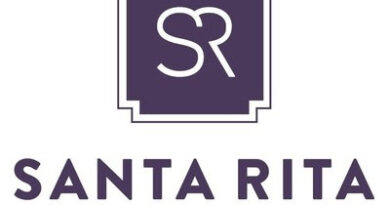 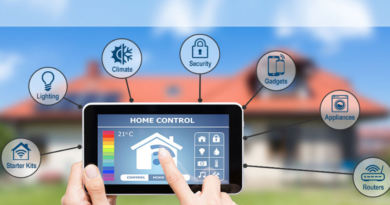 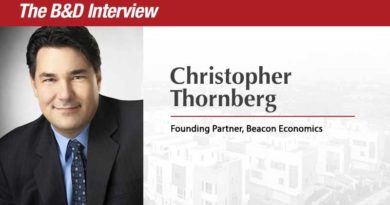 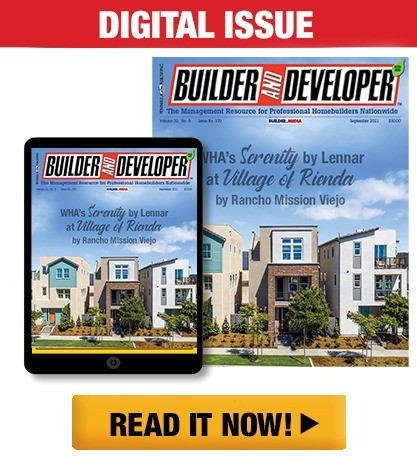