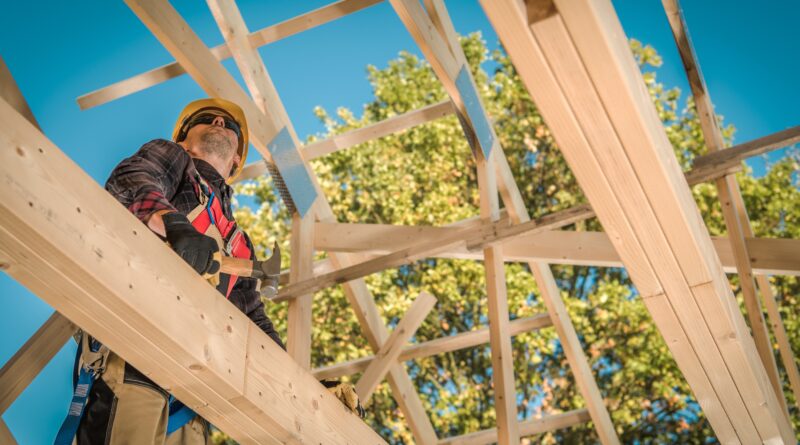 Exploring the likelihood of a continued boom in homebuilding.

By Ralph B McLaughlin

In January, approved building permits reached a 15-year high, but can the moment continue through future industry headwinds?

Over 1.9 million permits for new residential homes were approved in December, signaling the largest interest in new home construction since 2006. This boom comes as the number of used (existing) home inventory fell to its lowest on record in the same month.

Here’s my take on what could be the good and bad news for the new home construction market over the coming years based on three critical metrics: household growth, price growth and mortgage rates.

“Opportunities for extensive and profitable homebuilding aren’t going away in the coming years, but the industry should pay attention to critical signs on the horizon.”

Positive net household growth will help sustain demand for new housing units through the 2030s. Recent work by The Urban Institute projects that 16.2 million net new households will form between 2020-2040. Much of the increase in households will come in the form of 9.3 million renter households, with only 6.9 million new owner-households.

However, this projection isn’t set in stone since immigration policies coupled with changes in average household size could move these estimates.

What’s more, the current pace of homebuilding (1.4 million completions per year) would provide an oversupply of 5.2 million housing units by 2040. This factors in the current housing shortage, which is about 3.8 million units, per Freddie Mac. To prevent potential oversupply, homebuilders would need to reduce production to about 1 million units per year.

Home price growth reached record highs last year, and home prices are poised to reach new heights again this year. The highest year-over-year percentage growth ever recorded in the U.S. occurred in July 2021 at over 20%, with the typical asking price peaking at over $360,000 for a used home and nearly $500,000 for a new one. These are both records.

This has helped boost homebuilder confidence to levels not seen in the near 40-year history of the NAHB/Wells Fargo Housing Market Index.

It’s possible to have too much of a good thing. Prices rising 5-6 times the pace of income growth isn’t sustainable and could put downward pressure on the ability of younger households to buy homes. While younger homebuyers typically buy used homes, any softening in the demand for them can also have a drag on demand for new homes.

Furthermore, fewer new homeowners can have a net drag on the economy even if total new households are the same. This is because the multiplier effect on consumer demand is larger for new owner-occupiers than renter households, the latter of which tend to buy fewer household goods when they move.

Mortgage rates also hit historic lows in 2021, bottoming out at 2.65% in the week ending January 8th. This – along with the record low inventory that hit just two months later – surely fueled the record rise in home prices mentioned above. Rates have risen a full 90 basis points since then, and with the economy recovering from the pandemic-induced job loss at a quickening pace, rates are likely to rise in 2022.

If the most recent climb in interest rates (pre-pandemic) is any indication, rates would have to rise by between 100-150 basis points to induce noticeable cooling in-home price appreciation. Between September 2017 and November 2018, average rates on a 30-year mortgage rose by about 140 basis points.

Home price response to interest rates lagged as they do, but year-over-year home appreciation was halved, falling from around 6% at the end of 2018 to around 3% by mid-2019. Now that the country is staring down the barrel of a half-point interest rate hike by the FRB sometime this spring, the possibility of muted housing demand induced by mortgage rate increases is looking more real by the day.

Opportunities for extensive and profitable homebuilding aren’t going away in the coming years, but the industry should pay attention to critical signs on the horizon. These include slowing household formation, lower homeownership rates, affordability ceilings and rising mortgage rates. At the current pace of permitting and completions, the risk of overbuilding is beginning to eclipse the risk of underbuilding in the long run.

Ralph B McLaughlin is the Chief Economist at Kukun.