Many great ideas about home building and urban planning were lost to history, but are more recently being appreciated today by many homebuilders

On a recent trip to Italy to visit family living overseas, it was hard not to acknowledge the treasure trove of building methods and techniques started by the Greeks and Etruscans, refined by the Romans, and copied ever since throughout the world. Even in the residential subdivisions and urban infill projects of today, a variety of architectural elements and exterior elevations continue to borrow from ideas of the past.

After inventing a cold-method process for creating concrete around 200 B.C., the Romans went on to build roads, temples and palaces, many of which, when excavated, were still partly standing up to 2,000 years later or more. But it was probably their expertise with arch-based structures which allowed them to expand, strengthen, and defend their territory to a much larger empire with the use of bridges, aqueducts, and gates. Due to the way in which arches transfer forces to the surrounding foundation, such structures tend to both strong and long-lasting, which is why you’ll still see remnants of arch-based aqueducts throughout Italy today.

These arches soon morphed into vault-type roofing and then domes, which, after being first used in the Roman marketplace, were eventually instrumental in creating many large interior spaces, including halls, temples, and Catholic basilicas still standing today. Over time, other influences, especially from the Ottoman Empire, also imprinted their own design cues on the practical arch.

While our large public spaces of today often include obvious design cues from the Greeks and Romans with their rows of high columns and detailed porticos, the influence of the ancient, Renaissance, Baroque, and Colonial periods of history continue to be used in many new homes today. In the U.S., because the country was colonized by so many different types of Europeans, colonial architecture can also include design cues from Germany, the Netherlands, Spain, and France. When the industrial age made mass production and transportation more affordable over rail lines, various elaborate Victorian homes sprung up in even more modest neighborhoods.

For a luxury builder such as Toll Bros. today, which can invest in more exterior details than an entry-level builder, it’s not surprising to see such classic elevation choices in California as the Mediterranean, with its finished columns supporting multiple arches and accompanied by balustrade balconies. Or the Italianate, with a more under-stated, Baroque elevation characterized by several large stone walls in the front, an arched entryway, and a two-story foyer capped by a small dome. Or even the Tuscan, featuring an earthier look including a wall of natural-looking stone but keeping the arched entry and the domed foyer.

…the influence of the ancient, Renaissance, Baroque, and Colonial periods of history continue to be used in many new homes today.

In other locations such as suburban Pennsylvania, however, builders such as Toll pull from a more recent palette for their estate homes on one acre of more. In this case, buyers might opt for the colonial-esque Williamsburg, with an elevation of small bricks with multiple gabled roofs.  Or perhaps the Federal, which offers a similar, conservative look but with toned-down brick colors. Or even the Farmhouse, which evokes more of a Prairie-home look with a wooden cladding exterior, multiple gables, and a covered porch.

Not surprisingly, most of these architectural design choices are generally matched to the local climate, but builders haven’t always brought in the outside as much as they do today. This is certainly good to see, as the ancient homes of Pompeii and Herculaneum – both victims of the infamous Mt. Vesuvius eruption of AD79 – were often quite large, and almost always included a central, unroofed space including gardens, fountains, and cisterns around which the rest of the home was built. I think what struck me most about seeing these ancient communities was just how well these people were living two millennia ago without modern conveniences such as electricity, indoor plumbing in the home (which was generally reserved for the public bath houses), or central heating.

Once the Roman Empire collapsed in the late 400s AD – and other than some clever inventions by royals in Britain and France – it wasn’t until 1829 that we saw the re-introduction of commercial indoor plumbing, in this case at Boston’s Tremont Hotel. And, whereas the City of Rome was the first city to boast one million residents as early as 133 B.C., it wasn’t until 1810 that the City of London was able to match those numbers. In those intervening years of the Dark Ages, the Renaissance, and the Industrial Revolution, many great ideas about home building and urban planning were lost to history. It’s nice to see them being appreciated again. 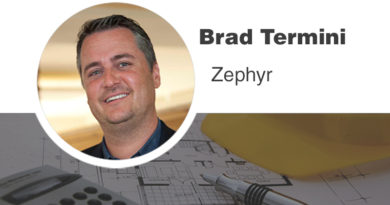 2017 Forecast—Indicators of Where the Housing Industry is Headed 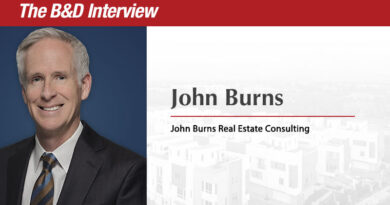 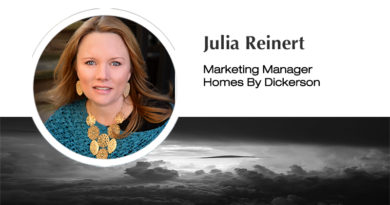 The Shift to Multigenerational Living