Advances in the construction sector could dramatically increase outcomes and profits

It’s easy to state the importance of the construction industry, as it provides the foundation which makes most economic trade even possible. Globally, this industry behemoth of about $10 trillion accounts for 13 percent of worldwide GDP, and employs seven percent of its workforce.  As countries continue to urbanize, the further development of megacities (and maintenance of existing buildings) is expected to boost this total spending to $15 trillion annually by 2025.

Yet according to a recent study done by the McKinsey Global Institute, due to poor productivity gains relative to other industries, there is still $1.6 trillion left on the table each year, one-third of which is in the U.S.  If captured, this productivity loss is the equivalent of meeting half of the planet’s infrastructure needs, or boosting global GDP by two percent per year.

While the productivity challenge is global in nature, it’s even worse in the United States.  While most economic sectors in the country improved their productivity by 10 to 15 times since the 1950s, McKinsey’s analysis shows construction labor productivity remaining stuck of that in the 1930s, and has steadily declined since the 1960s.  Given that the construction sector’s share of U.S. GDP ranks close to both wholesale trade and information services, any productivity gains could have an outsized impact on the overall economy.

To be sure, not all construction projects are the same, and greater efficiencies are much easier for larger industrial and infrastructure projects than they are for housing developments or subcontractors.  Yet even for infill builders in which obtaining permits often requires making unique adjustments to garner community support, productivity gains are still possible.

From the perspective of the builder or the subcontractor, it certainly makes business sense to be planning for the next downturn, and it’s much cheaper and easier to issue layoff notices than mothball capital-intensive investments in technology and machinery.  According to the NAHB’s 2016 Cost of Doing Business Survey, responding home builders reported an average of $16.2 million in revenue and net profit margins of $1.0 million (6.4 percent) in fiscal year 2014, so expensive investments are often unrealistic.  But it’s also that industry-wide protective mindset which has contributed to annual productivity gains of just 1.0 percent over the past 20 years, versus 2.8 percent for the global economy and 3.6 percent in manufacturing.

So what are the solutions?  McKinsey has identified seven distinct areas which could benefit from embracing various best practices, which combined could increase productivity by 48 to 60 percent while also saving costs of 27 to 38 percent.  These include (1) Reshaping regulations (something now being attempted in California to boost more housing production) and increasing transparency; (2) Awarding contracts more collaboratively; (3) Rethinking design and engineering processes while encouraging more off-site manufacturing; (4) Centralizing and digitizing supply chains and purchasing departments; (5) Improving on-site construction by moving from process-based to more holistic operating systems; (6) Infusing digital technology, new materials, and appropriate automation into the process; and (7) Retraining a workforce that is aging, depends largely on immigrant labor and suffers from both seasonality and cyclicality.

Here in the U.S., larger players – especially those in the public sector – will generally be the first to strategically decide what’s best for them, but everyone should be ready for four types of disruption:  (1) Rising requirements from clients in terms of volume, time, cost, quality, and sustainability; (2) More industry consolidation, greater transparency, and disruptive new competitors; (3) More new technologies, materials, and processes; and (4) Rising wages and potential limits on immigrant labor.

As these trends roll out and eventually put pressure on the building industry, there are some reasonable steps suggested to make it easier.  These include a greater use of digital Building Information Modeling (BIM) to enhance transparency and collaboration; reshaping regulations in support of higher productivity; more transparency on costs across the industry; publishing performance metrics on contractors; and considering regular skills development of the existing labor force versus the reliance on low-cost, transient immigrants.

The Harvard Center for Joint Housing Studies currently projects 1.36 million new U.S. households per year between 2015 and 2025.  While the industry is projected to approach that level of starts by 2018, in August of 2017 the annualized starts rate was 1.18 million, leaving a theoretical shortfall of 180,000. 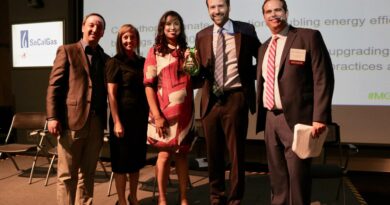 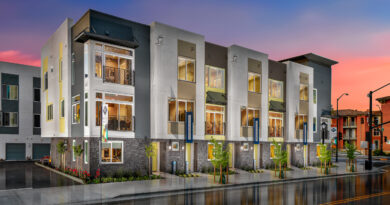