Whether due to an actual “Trump bump” or other factors, so far the data is showing the second quarter of 2017 to be stronger than the first on multiple fronts. Despite its relative age – which in another two years would be the longest recovery on record – the current expansion is still showing signs of life ahead.

According to the Federal Reserve’s Beige Book, the pace of recent growth has ranged from slight to modest, although there has been a mixed message on consumer spending, especially for auto sales, which were down three percent between the first and second quarters of 2017. Still, this dip was reportedly partly due to automakers holding back on fleet sales to rental car companies and government agencies in order to help prop up brand values.

GDP growth, which averaged just 1.6 percent in 2016, did dip to 1.4 percent in the final estimate for the first quarter of 2017. However, as of mid-July, analysts were projecting second quarter 2017 growth to rise to 2.4 percent due to improvements in construction spending, a rebounding manufacturing sector and continuing pent-up demand for housing.

Job growth averaged nearly 194,000 new positions per month in the second quarter, up substantially from under 170,000 in both the previous quarter as well as the same quarter of 2016, resulting in a June unemployment rate of 4.4 percent. Labor markets continued to tighten across a wide spectrum of both low- and high-skilled positions, especially in construction and information technology. However, as has been reported in the past, a wider range of industries are also reporting difficulty in finding qualified workers even as the expansion reaches into the furthest corners of the economy, including teenagers.  This shortage has certainly had some benefits for employees, with rising wage pressures for both low- and high-skilled positions prompting annual increases averaging about 2.5 percent.

Due in part to this relatively minor wage pressure, overall inflation remains low, with the Consumer Price Index (less food and energy) rising by 1.7 percent for the year ending in June 2017, or below the 2.0 percent target rate preferred by the Federal Reserve. The Producer Price Index was slightly higher for the same period, rising by 2.0 percent for final demand minus more volatile indices for food, energy, and trade services.

Looking next at consumer confidence, although the University of Michigan’s Consumer Sentiment Survey had been on a high plateau since last November, preliminary results for July were showing a split between future expectations – which have fallen sharply since their January 2017 peak – and current economic conditions, which have since rebounded to their March 2017 peak. Moreover, given the small June dip in the Small Business Optimism Index, it’s possible that expectations for prolonged GDP growth rates of three percent in the future have softened, and what we’re likely to see is an annual growth rate of just above two percent for 2017.

Builder confidence remained bullish at a reading of 67 in June, and while the average for total construction spending in April and May of 2017 was down slightly from the first quarter of 2017, residential spending was up by one percent. Even better, when compared against the second quarter of 2016, average residential construction spending in April and May was up by ten percent. Since this extra spending has yet to show up meaningfully in either housing starts or building permits, it will likely do so over the summer months. For April and May of this year versus the second quarter of 2016, housing starts were down 5.7 percent, while permits were up by 0.7 percent.

New home sales, however, were up by over 11 percent during the same time periods to an annual rate of 610,000 units, while median new home prices rose to nearly $346,000. At May’s sales rate, existing inventory would take 5.3 months to sell, up slightly from 5.2 months a year earlier.

For existing homes, the biggest challenge remains available inventory, with the pending home sales index dipping in both April and May from earlier in the year as the median sale price rose to $247,600. This level marks a new peak, and is up 5.8 percent year-on-year. Closed sales averaged 5.59 million in April and May of 2017, down 0.53 percent from the first quarter but up over four percent from the second quarter of 2016. At current sales rates, inventory at the end of May would take 4.2 months to sell, down from 4.7 months a year earlier. 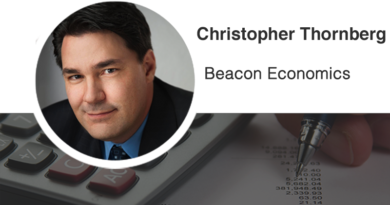 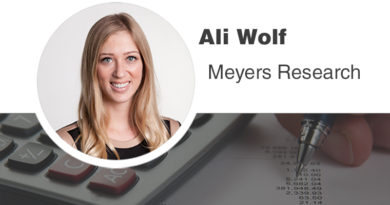 What Trump’s Presidency Could Mean for U.S. Housing

Despite tax hikes, homebuilding and buying are on the rise