Long-term U.S. mortgage rates marked a fifth week of surges in the aftermath of Donald Trump’s election win, reaching their highest levels this year. Mortgage giant Freddie Mac said Thursday the average rate on a 30-year fixed rate loan rose to 4.08 percent from 4.03 percent the previous week. The benchmark rate topped its 3.93 percent level of a year ago. The rate on 15-year home loans, a popular choice for people who are refinancing, jumped to 3.34 percent from 3.25 percent. Long-term mortgage and interest rates have climbed in the four weeks since Trump’s surprise victory on Nov. 9 to become the country’s next president. Bond investors are looking toward tax cuts and increased government spending to upgrade roads, bridges and airports under a Trump administration, which could fuel inflation. That would depress prices of long-term Treasury bonds because inflation would erode their value over time. When bond investors foresee rising inflation, they demand higher long-term yields and pay lower prices for bonds. Bond yields move opposite to prices and also influence long-term mortgage rates. 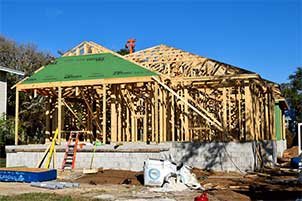 The Future of Fannie and Freddie