It’s hard to overstate the importance of the decennial census, which has been undertaken every decade since 1790. Indeed, this key accounting of the American population was deemed important enough to be listed in Article 1 of the U.S. Constitution. Today, however, with the departure of the Census Bureau’s director in June and a refusal by Congress to adequately fund important tests of the first Internet-based count in advance of 2020, alarm bells are going off at The Census Project, which counts among its 200 members the NAHB, the NAR, and the U.S. Chamber of Commerce.

They certainly have reason to be worried. Several months before the departure of former director John Thompson, the Government Accountability Office had added the Census Bureau to its ‘high-risk list’ of imperiled agencies and programs. If there is any economic sector which would be negatively impacted by the Bureau being under-funded and rudderless, it would be the building industry.

That’s because, besides the decennial census, the Bureau also collects monthly data critical for homebuilders such as building permits, starts, completions, and new single-family home sales at various geographical levels. Each quarter, the Bureau releases data on homeownership and residential vacancy rates by state and many MSAs. The Bureau’s data can even move the stock market in either direction because it’s regularly tracking the health of retail stores, wholesale trade, manufacturing, domestic, and international trade and even construction spending by sector.

Because a country as large and vibrant as the U.S. can change a lot between decades, the Bureau also conducts the American Community Survey (ACS), which provides annual information to better determine how over $400 billion in federal and state funds are spent based on local jobs, education levels, and homeownership levels.

For demographers and market researchers looking at development opportunities, the Bureau’s data allows them to cobble together datasets to compare the risk profile of one city or town versus another. If a small city is seeing a boom in new jobs that isn’t being met with new population or housing growth, that’s an opportunity the Bureau can help unearth. The Census Bureau may be one of the most important federal government agencies we have.

Although various state agencies also gather their own data on population, employment, and housing trends – and have served as official State Census Data Centers since 1978 – they still must ‘benchmark’ their estimates against the latest decennial census data when it is released. Sometimes this process can unveil a large discrepancy, which can deprive a large state of its share of numerous federal programs and even cost it a Congressional seat. In some cases, the loss of a seat could potentially swing an election.

The private sector is also impacted, because when you order a demographic report from a company such as Esri or Claritas, their analysts are basing their current-year estimates and projections on the most recent decennial census. Consequently, if the 2020 update is under-funded, that could lead to another decade of bad guesses based on incomplete data. Given the impact that under-building housing is having on home prices in many areas of the country, ensuring an accurate update in 2020 should be a rallying cry for our industry.

There are two reasons for this Census Bureau under-funding: (1) Because the budget is set at the same level as the 2010 Census, it is not accounting for either a decades’ worth of inflation or another estimated 25 million people to count by 2020; and (2) Because the Bureau is attempting to harness the Internet and new technology for the first time to reduce the need for door-to-door counting, it needs additional funds for tests originally scheduled to start in 2018.

According to The Census Project, the Bureau needs an additional $300 million in 2018 to extensively test this new technology for an accurate count, but the White House and Congress have approved just over 10 percent of that amount. This puts the 2020 Census in danger of a botched count, which could lead to undercounts of rural and minority populations while over-counting whites, especially those with multiple homes.

There are fears that the 2020 Census could be the victim of politics, and be used as a means to shift federal spending from blue to red states – or vice versa if such a myopic precedent is set. At a time when just agreeing on facts is a challenge, there’s a reason the Founding Fathers inscribed the decennial census into the Constitution. Let’s at least honor their wishes by fully funding it. 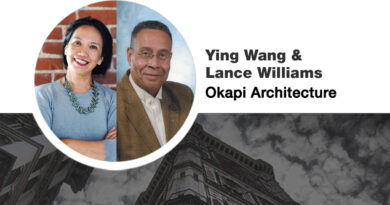 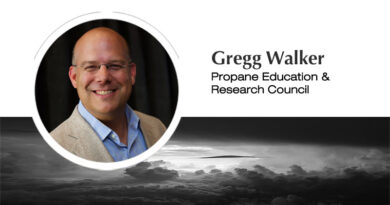 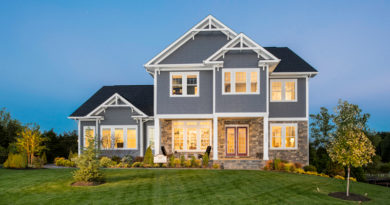 Developer of the Year